SAFELipo® SSBA for Butt Lifting
Before & After Photos

This feature contains nudity. Please click OK to confirm you are at least 18 years of age and are not offended by such material.

Keep in mind that each patient is unique and your results may vary. 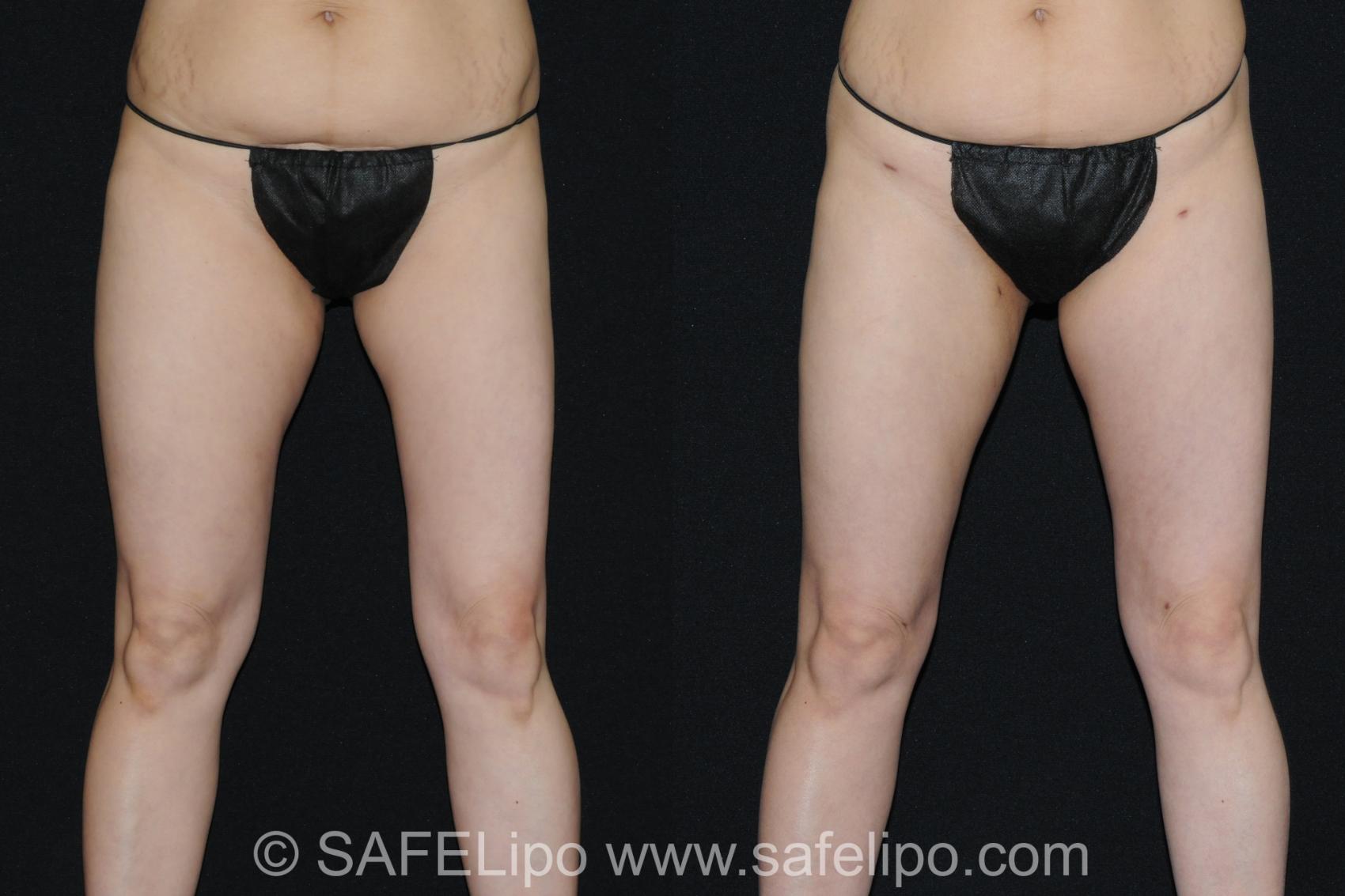 Before and After Surgery
Case: 1 of 21 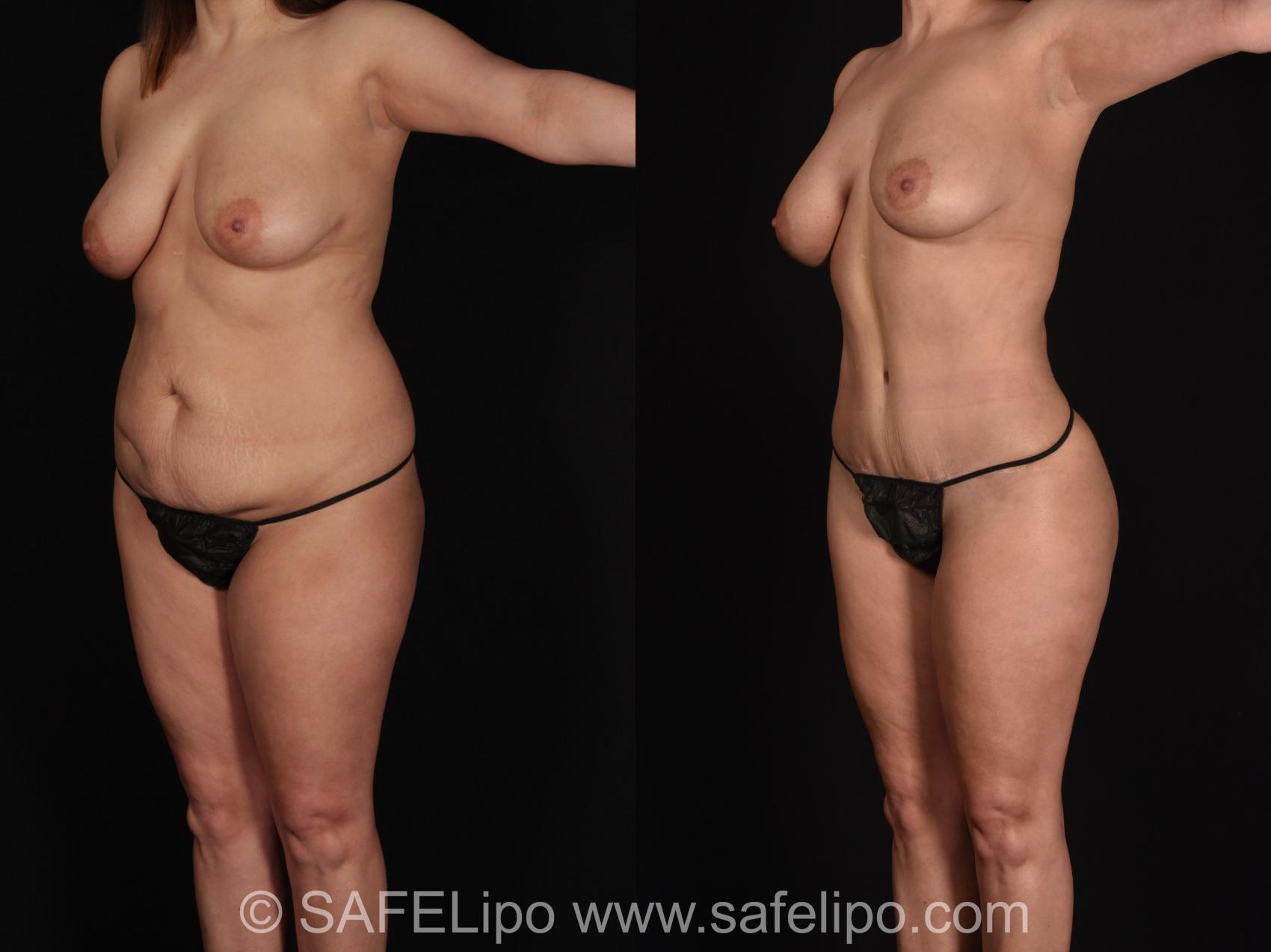 Before and After Surgery
Case: 2 of 21

Abdominoplasty, SAFELipo to Circumferential Trunk with Fat Grafting to Butt
Before and After Surgery
Case: 3 of 21

Butt Augmentation - Fat Graft (Brazilian Butt Lift)
Before and After Surgery
Case: 5 of 21

Abdominoplasty, SAFELipo - Circumferential Trunk, FatGrafting - Butt
Before and After Surgery
Case: 8 of 21

SAFELipo to Trunk, Fat Grafting to Butt, Tummy Tuck
Before and After Surgery
Case: 9 of 21

SAFELipo Trunk, Fat Grafting to Butt, Abdominoplasty
Before & After
Case: 15 of 21

Circumferential SAFELipo & SAFELipo to Thighs, Fat Grafting to the Buttocks, and Tummy Tuck
Before and After Surgery
Case: 18 of 21

SAFELipo, Fat Grafting to Butt, Abdominopalsty
Before and After Surgery
Case: 19 of 21

Tummy Tuck, SAFELipo to Trunk, Fat Grafting to Butt
Before and After Surgery
Case: 20 of 21

Fat Grafting to Butt, SAFELipo to Trunk and Thighs, Tummy Tuck
Before and After Surgery
Case: 21 of 21

Keep in mind that each patient is unique and your results may vary.

Unlike Brazilian butt “lift” procedures, SSBA involves more than simply augmenting the buttocks—it reshapes the lower back, the hips, and the back of the upper thighs, along with the buttocks. The result is a shapelier backside that appears more athletic and fit.

The phrase “butt lift” doesn’t accurately describe either procedure or its goals. Body contouring procedures designed to “lift” an area typically involve removing lax skin and repositioning the underlying muscle and tissue. Neither BBL nor SSBA is a true body lifting procedure.

Transferring a patient’s own fat to the buttocks was once considered a rather straightforward operation that involved using liposuction to harvest fat, spinning the fat in a centrifuge to remove impurities, and then injecting the processed fat. The popular Brazilian butt lift technique, however, is associated with a number of complications—including potentially fatal pulmonary fat embolisms. SSBA is significantly safer, with a complication rate approaching zero.

More on the study

Safe and effective fat grafting to the buttocks involves a number of sophisticated maneuvers that require specialized cannulas and advanced techniques such as EVL, which Dr. Simeon Wall Jr. developed to complement the SAFELipo process.

Separation—Surgeons use non-thermal, power-assisted liposuction (PAL) to separate fat globules from each other and their surrounding attachments without tearing or otherwise damaging the delicate stromal network and supporting blood vessels.

Fat equalization—After removing fat that will be used for grafting, a thin layer of fat remains. The purpose of equalization is to evenly spread this layer to create a smooth buffer between the skin and fascia, which prevents the skin from adhering to the muscle and causing contour deformities.

EVL is a natural extension of this process that highlights the expertise of plastic surgeons trained to use SAFELipo.

A research paper co-authored by Dr. Wall Jr. that describes expansion vibration lipofilling (EVL)—a technique enhancing patient safety and results—earned one of plastic surgery’s highest honors when it was named “Best United States Paper” for 2018 by Plastic and Reconstructive Surgery Journal. The publication is the world’s largest and most prestigious plastic surgery journal.

Just as the introduction of SAFELipo fundamentally altered the way surgeons perform liposuction, the EVL technique is rapidly being adopted as the standard for large-volume fat grafting procedures. Using EVL for SSBA procedures—and during other operations involving significant fat transfer—enables surgeons to double or even quadruple the amount of grafted fat with a higher percentage of viable fat cells.

The key features of EVL include using a vibrating, exploded tip cannula that creates space at the moment the fat is placed. This enables surgeons to transfer greater volumes of fat with more precision than is possible using a syringe. One of the challenges of fat grafting to the buttocks is that certain areas can be difficult to fill with previous techniques. The exploded tip cannula—which is about twice the size of a typical cannula—solves that problem.

A research paper describing expansion vibration lipofilling (EVL) was named “Best United States Paper 2018” by Plastic and Reconstructive Surgery Journal, one of the most prestigious journals in all of surgery. EVL is a technique used as part of SAFELipo’s 3-step process, enhancing the safety, comfort, and results of large-volume fat grafting, including for Brazilian butt lift procedures.

You can read the research paper here.

Combining SAFELipo with EVL enables surgeons to create shapelier buttocks that appear more toned and athletic, rather than merely larger. Even though the Brazilian butt lift gained popularity when celebrities posted photos on social media that exaggerated the size of their buttocks, rarely do patients want to increase the sizes of their buttocks.

Their goals are typically to add a muscular contour to flat buttocks—a result that a Brazilian butt lift doesn’t often accomplish. Unless this area is aggressively expanded and backfilled with fat, fat simply injected into this area will migrate, most commonly superolaterally, to the hip area, resulting in a square buttock shape, or the tombstone deformity.